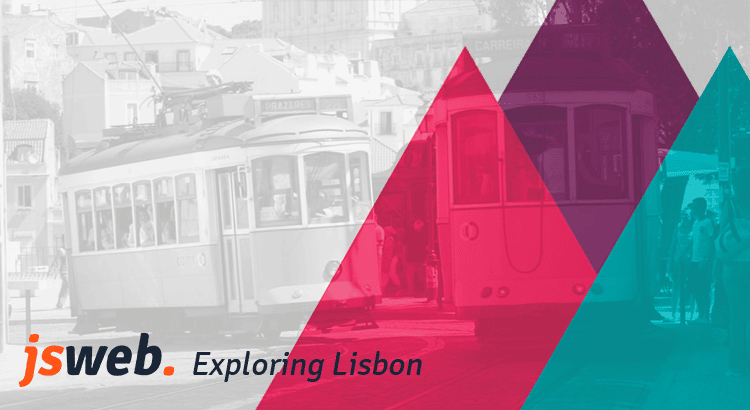 Following the 2015 Web Summit in Dublin, Lisbon opened its doors to host the world’s largest web and tech event of the year. Whilst there was plenty to do and see at this year’s technological extravaganza a subtle change in theme in direction did not go unnoticed.

Monday kicked off the Web Summit with an explosive main stage event. Over 15,000 turned up to witness co-founder of the event Paddy Cosgrave welcome attendees and entrepreneurs alike. Following an opening speech (and a small WiFi hiccup) Paddy welcomed the Hollywood actor and Hit Record owner Joseph Gordon-Levitt to the stage. Once in the arena, Cosgrave asked us to show our appreciation for Levitt by raising our smartphones all with the flashlight on, proving, (It would seem) that Nerds are the new rockstars. Some queued for hours to enter the main stage only to be disappointed and turned away.  Thankfully the Summit organisers had put in place a giant outdoor screen where those who were unfortunate enough to not get in could watch the night’s proceedings.

What We Learned From Web Summit 2016

We’re all going through a transition period.

It’s an unsurprising truth but something we must begin to embrace – the way in which people access their media is always evolving. In a similar way that mainstream changed from radio to television in the 1950’s,  we’re now seeing laptops, computers, tablets, mobile and even VR devices becoming the most popular way consumers access their media.

It all starts with a good product.

Because of the digital age we live in it’s now effortlessly easy to post a picture of your new shoes, write a review of a restaurant or simply text a friend with a movie recommendation. As a result, the way in which advertisers market their products is changing. Simple, practical and honest marketing content is now just as effective as huge, big budget blockbuster TV advertisement campaigns. Making sure you have a product worth selling should come first and your contents sole focus should be aimed at reflecting that.

Only once you have someone’s attention can you truly engage them in conversation. As technology is developing, it’s becoming easier and easier to have conversations with your audience. This means you can focus on publishing smaller, easier, bitesize chunks of information to sell your product and any in-depth analysis can take place through conversation. This also saves you time. Why waste hours of hard work  on an advertising campaign when it could miss the mark? Instead, why not release smaller, focused content to engage your customers in conversation?

Who Got Our Attention Web Summit 2016

Gary Vaynerchuk “Stop dwelling, because nobody gives a f..”

"If you are good enough nobody is stopping you not f**king Donald Trump not anybody" @garyvee 👏🏻 #WebSummit pic.twitter.com/lxNcOfexBU

Gary Vaynerchuk, CEO of Vayner Media is considered one of the most enthusiastic and creative thinkers in modern marketing. And boy, does he bring enthusiasm. Blunt, factual enthusiasm. His main stage keynote speech was as entertaining as it was interesting. While most leading businessmen at the Summit were all too quick to paint an image of doom and gloom –  robots taking our jobs, AI replacing services – Vaynerchuk was happy to tell the audience just how it is. The Vayner Media CEO is convinced that now is the best time in human history and whether you’re an employee or an entrepreneur,  hard work and a good product is the best (if not the only) way to efficiently market and brand your business.

A packed stage with designers like me – what an honour to speak. Great to meet you @hidaire @paddycosgrave @molly_bracken_ #WebSummit pic.twitter.com/7aSgTJ8p9J

The passionate and driven Ditte Hammarström (founder of the Snowfire design community) gave a very different kind of talk on the Creatiff stage. Offering a refreshing new way to tackle design from a more human perspective, Ditte explored how designing with empathy and knowledge is more effective at turning visitors into customers than just a pretty design. Sometimes it is necessary to add new features to a website which can prove difficult if there isn’t room on your current UI. In one of the examples she gave, the Snowfire designer explained how removing features can cause your existing customers to become confused and upset and instead you should opt for additive design. It became more apparent as her talk progressed just how important it is for designers to make the  user experience fluent and attractive for new visitors, while also providing continuity and familiarity to existing customers. Taking a more human approach to design in this way is definitely the way forward. Pairing this philosophy with the ever growing popularity of mobile technologies it’s clear something as simple as button placement or image relevance could be the difference between just a visitor and a new sale.

Gary Briggs  “Always tell your customers what you’re doing and why.”

Facebook is now one of the biggest marketing platforms on the planet and there are no signs that this will change anytime soon. Facebook CMO Gary Briggs addressed the challenges new and existing companies will face marketing their product on what is arguably the most influential website on the internet. The interesting thing about Gary Briggs is that he has experience in traditional media such as TV and print, but over the course of his career he has been able to adapt core principles and apply them to the digital world. The recurring theme throughout his talk was asking questions of yourself. Whether this is your product or your brand. These are the kinds of questions your customers will be asking themselves when considering your product. As a good practice, a starting point would be: who are you talking to, what are you telling them, and why should they care? To round up his talk nicely, Briggs summarised his two fundamentals that he employs when marketing Facebook. Firstly communicate your product to your audience. Always tell your audience what it is you are doing, and why you are doing it. Secondly, in the beginning, brand and product will need to focus on awareness. Only when you have captivated the attention of your audience you can begin to use it.

What we can take away from this year’s summit

We feel Web Summit has made a big shift from what it was back in Dublin last year, we certainly saw less from the eCommerce world and in its place a world of virtual reality start ups and business’ using it to show off their latest products. What we can take away from this though is 2017 looks like it will be the year of ‘the rebrand’, marketing your business through social media channels is no longer a consideration – it will be a necessity. Relevant content is now king and is showing no signs of being overthrown, be creative in your marketing and explore multiple channels and “Just stop dwelling, cause nobody gives a F…”